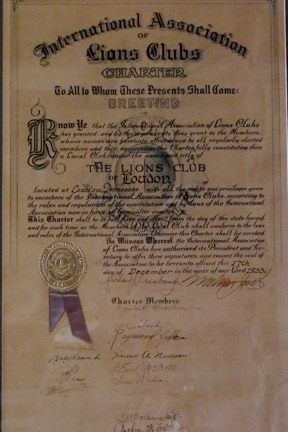 The Loudon Lions Club was chartered on  November 19, 1935 by Lions Clubs International.  The club was sponsored by the Cleveland Lions Club and the Charter Night was held at the Masonic Lodge Bldg.  The following charter members were in attendance:

Several father/son teams have served the club over the years.  Some important dates in the club’s history are: